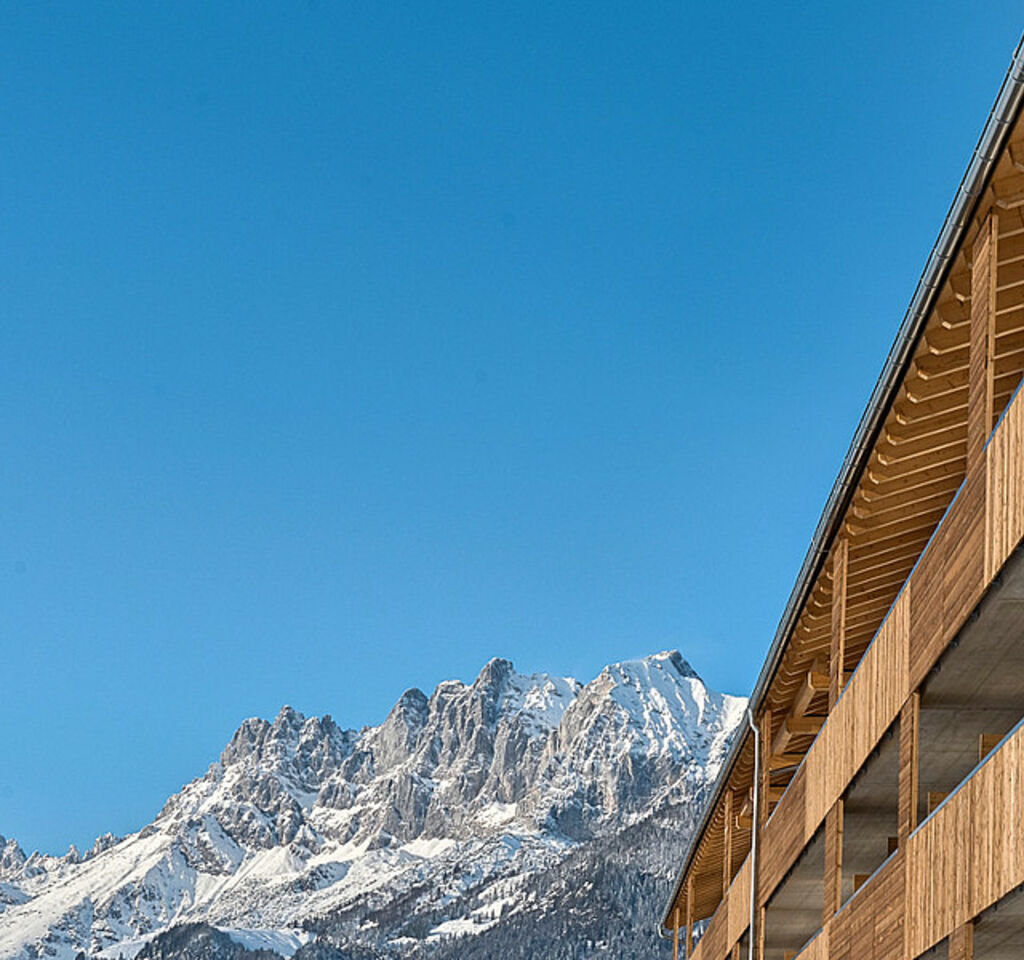 The newly opened 100-bed Almhotel Nassfeld sits right on the slopes of the Gartnerkofel. Close by is the Almresort Nassfeld, which was extended with 28 new, highly modern chalets this summer, offering premium holidays at 1500m above sea level.

Ruby Lissi The third Ruby Hotel, the Ruby Lissi, will be opening in Vienna by the end of 2017. The redesign of 107 rooms will transform a former 13th century monastery into a prime place for visitors to stay in the heart of the city’s first district.

Schtubat is the name of the new establishment that opened in Andelsbuch (Bregenzerwald) in the summer of 2016. In the Bregenzerwald dialect, “Kumm zur Schtubat” is a friendly invitation to come and make yourself at home. And this is exactly what guests will find easy to do in the apartments, studios and double rooms housed in the carbon-neutral building. The use of wood by Bregenzerwald Werkraum craftspeople in both the construction and furnishing ties in with the tradition of the region. Vegetarian and vegan breakfast options are available, and at given dates a pop-up inn called “Der Stammtisch” opens its doors to a select circle of guests.

A six-month overhaul has given Hotel Tannahof in Au a thorough facelift. While all rooms have been completely redecorated, six rooms and suites plus an apartment have been newly added, along with a sauna and fireplace-lit lounge area and restaurant. An elevator gives additional convenience. The project was managed by well-known Vorarlberg architect Helmut Dietrich.

Bergzeit Arlberg Several hosts have invested in new, top-of-the-range holiday apartments across the Bregenzerwald, such as holiday loft Waldblick in Schwarzenberg, holiday farmstead Felder in Bezau and house Bergzeit in Warth-Schröcken.

Evelyns Hütte in Schwarzenberg sleeps up to 20 in rooms and a dormitory. The “hut”, which should really be called a house, has been completely overhauled and lovingly redecorated and now even features a sauna. Evelyns Hütte is also an ideal venue for events.

The start of the 2016/17 winter season will go hand in hand with the Aadla Chalet Village opening, “Aadla” being the Walser term for mountain fir. The village consists of seven chalets, two 2-bedroom houses and five 3-bedroom houses featuring lots of timber and natural stone. A fireplace behind glass makes the large living area a snug place to spend some downtime. Those in search of even more warmth will love the private outdoor sauna area and timber-clad jacuzzi.

Sporthotel Beck in Brand has completely upgraded its rooms. The hotel, which specialises in family holidays and is a member of the Top Family Vorarlberg label, also has its own covered riding arena.

In Lech Zürs the summer of 2016 was a time of investment in quality and refurbishment. Lech proudly presents a new 4-star hotel, “Sonnblick”, and Stubenbach a new 5-star chalet hotel, “Blumen Haus”. The new hotel “Hohe Welt” in Oberlech offers apartments in the luxury segment. “Almhof Schneider” features a new spa area, while “Hotel Sonnenburg” in Oberlech has refurbished part of its rooms and suites to a high standard. “Hotel Stäfeli” in Zug has undergone an enlargement project.