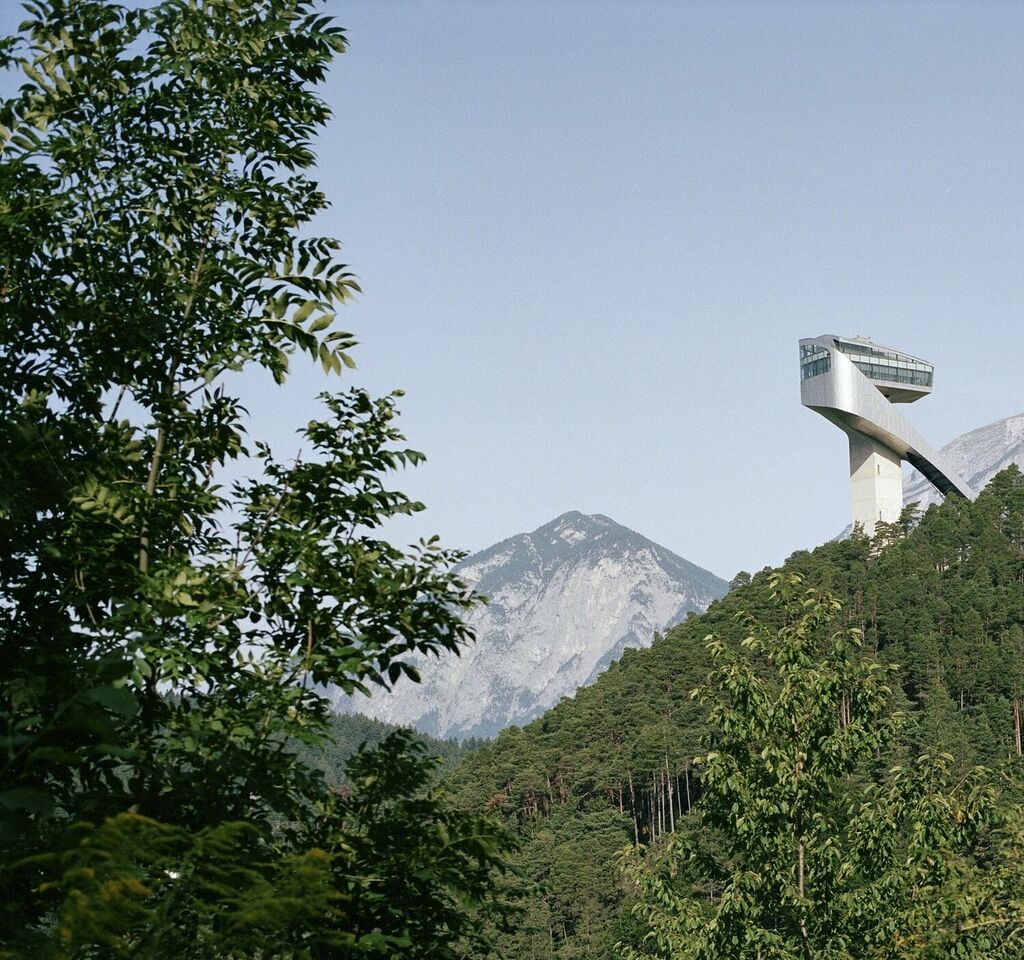 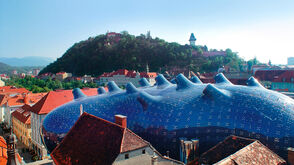 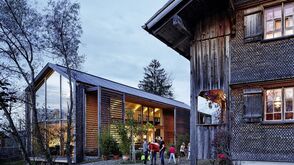 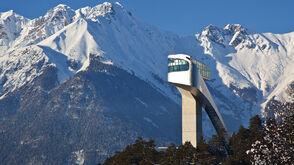 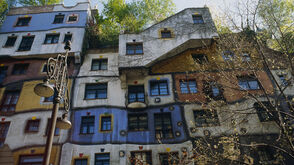 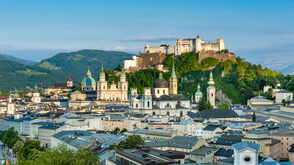 Looking at the same four walls starting to grate? We know that feeling. Treat your eyes to some of Austria’s most beautiful, impressive and innovative architecture.

Once the lockdown lifts and travel returns, these five architectural hotspots will be waiting for you in Vienna, Salzburg, Graz, Innsbruck and Vorarlberg. Where will you visit first: an 11th century fortress with golden halls, an art gallery inside a ‘friendly alien’, or a ski jump designed by one of the industry’s most influential figures?

The river Mur meanders through the Austrian city of Graz in Styria, winding past traditional gabled houses with red-tiled roofs and green copper turrets. On the river’s right bank, one building stands in stark contrast to its neighbours. The Kunsthaus Graz demands one’s attention with its biomorphic form, made from 1,066 pieces of acrylic glass, waxing and waning under rounded nozzles on its roof.

One aim of the Kunsthaus construction and its expressive, futuristic architecture was to reinvigorate the city’s less prosperous district opposite the historic centre. It’s now home to three major exhibition galleries, a viewing platform, a restaurant, media lounge, shop and a magazine house, welcoming a vast number of visitors from across the globe each year.

Kunsthas Graz Opening times: Tuesday to Sunday, 10am – 5pm.
Price: €9.50 for adults, €3.50 for students, €19 for a family pass. Free admission for children under the age of six. Guided tours and multimedia guides are available.

In the 1960s, a group of young architects returned to their home villages in Vorarlberg after graduating from Vienna’s Academy of Fine Arts, laying the cornerstone of what is now the province’s distinctive style of building. Vorarlberg architecture is designed with a collective, communal and resource-conscious mindset, using local timber to create clean, modern and affordable structures. Houses, museums, hotels, churches and schools are functioning examples of this area’s commitment to future-facing architecture that honours the craftmanship of past generations.

A great way to experience Vorarlberg’s Baukultur is by following 10 self-guided architecture trails, which have themes including Art & Culture, Crafts & Innovation and Nature & Landscape. Guests can stay in accommodation built in the Vorarlberg style and participate in excursions and lectures at a large range of institutions. The region’s Werkraum is one must-see for architecture enthusiasts.

Bregenzerwald Werkraum Opening times: Tuesday – Saturday, 10am – 6pm.
Price: €7.50 for adults. Free admission for students and children under the age of 16.

Situated on a hill to the south of the city, the Bergisel Ski Jump towers over Innsbruck. At 47m in height, its sleek, sweeping silhouette mirrors the ski slopes of the surrounding mountains, extending their topography into the urban scene below. In contrast with its Baroque and Gothic streets, the Golden Roof presiding over medieval houses, the Bergisel is a distinctly modern symbol of the city.

Visitors are invited to ascend with the gondola, walk the observation deck and dine in the panoramic restaurant with views out to the Patscherkofel, Nordkette, Hohe Munde and Serles peaks. Those looking to test their nerves can even peek down from the ski jump platform’s vantage spot.

Built: 1983
Location: Vienna
Architect: Friedensreich Hundertwasser
Fun fact: All Hundertwasser House residents have ‘window rights’: the right to decorate the façade around their windows as they wish.

Throughout all of Austrian artist and architect Hundertwasser’s work, a deep respect and love for the natural world is evident. At the Hundertwasser House, this is seen in the more than 200 trees and shrubs covering the outdoor surfaces, forming a green oasis in Vienna’s third district. The bright, colourful building itself is formed of floors that roll like waves, walls covered in mosaics, pergolas and loggias. Hundertwasser believed that this resistance to flat lines, flat colours and grid systems allowed the urban resident to live in closer harmony with nature – and proved with the Hundertwasser House that such constructions could be accomplished within the normal time schedule, budget and building laws.

While the Hundertwasser House can only be viewed from the outside, holidaymakers can also head to the Kunst Haus Wien just a few minutes away on foot. Here, one can walk the halls of a building designed by the artist while taking in his other artworks thanks to a permanent Hundertwasser exhibition.

Built: 1077
Location: Salzburg, SalzburgerLand
Architect: Gebhard of Salzburg with further development by successors, most notably Leonhard von Keutschach in the 1500s.
Fun fact: The Hohensalzburg Fortress is the largest fully preserved castle in Central Europe, with 50 buildings covering a total of 33,000m².

The beautiful baroque city of Salzburg sits under the careful watch of the Hohensalzburg Fortress. Built to demonstrate the prince bishop’s power and protect the principality, it successfully deterred enemy attacks for hundreds of years.

Today, the Hohensalzburg Fortress invites guests arriving by funicular or on foot to take a trip to the past in its myriad of courtyards and three museums. Visit the perfectly preserved Princes’ Chambers with original furnishings from 1501, walk the bastions and take in the vast views from the tower, learning more about life through the ages in this impressive Austrian stronghold.