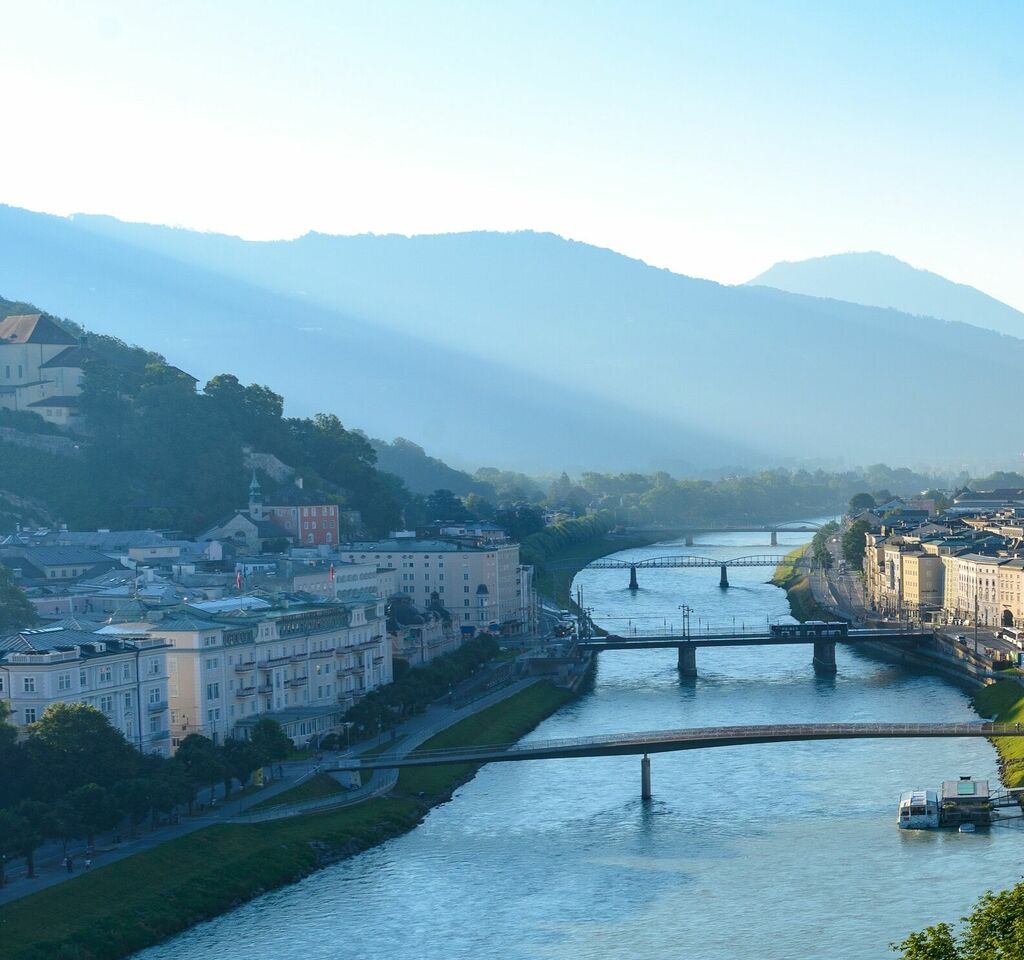 A vibrant cast of culture, cuisine, and cool in trio of Austrian cities

Whoever coined the phrase “Good things come in threes” likely didn’t even appreciate the truth this rings when applied to a round trip through Austria. While long hailed as a premiere destination for its stunning natural settings, which offer a year-round backdrop for outdoor recreation – world-class skiing in the winter, and a host of hiking and lakeside pleasures in the summer – Austria’s enchanting cities are also worth a starring role in this alpine country’s blockbuster visitor offerings. Salzburg, nicknamed ‘Stage of the World’, with its baroque beauty and musical score which seems to thread through much of its history, delights guests with some 4,500 cultural events annually. Graz, Austria’s second largest city, surprises with its foodie flair, laid-back attitude, and eye-catching architecture making many a self-guided sightseeing tour deviate off script to discover a hidden gem or two.  And, combining a young urban feel with a cool alpine vibe, Innsbruck truly lives up to its billing as ‘Jewel of the Alps’ in its enviable location hugged by mountains that beckon exploration and set the scene for this Tirolean capital city.

Salzburg has long been a favourite location of the cinematic world - with of course The Sound of Music its most notable production – and one stroll around this walkable city shows any visitor why. Attractively situated on the banks of the Salzach River, with its Old Town streets and alleyways watched over by the Hohensalzburg Fortress, the largest, fully preserved medieval castle in Europe situated on a hill high above the city, it’s no surprise that Salzburg is well-deserving of its nod by UNESCO World Heritage. In summer, the soundtrack to this city rings everywhere – from Mozart’s birth house at No. 9 along one of Salzburg’s most famous pedestrian streets, the Getreidegasse, to the many cultural events that take place during the summer months. Among the most well-known is the Salzburg Festival, celebrating music and drama, and this year in its 99th installment when the curtain rises on 20 July, 2019.  It would be amiss not to also sing the praises of this ‘green’ city with plenty of parks and the natural oasis of local mountains, pastures and forests that surround Salzburg. Whether simply out for a fresh air ramble, a leisurely cycle, or for those with the endurance for a marathon, Salzburg offers plenty of recreational diversion as well. One of the best tips to make the most of your stay is the cost-saving  Salzburg Card which offers free admission to a host of city attractions, as well as complimentary use of public transportation and a variety of other discounts (valid for choice of 24/48/72 hrs).

There’s nothing better than being unexpectedly delighted and thoroughly captivated on any travel itinerary. In fact, maybe even left wondering why you hadn’t known of this gem before. In entertainment, it’s sometimes referred to as a ‘sleeper hit’. The southerly Austrian city of Graz with its charming laid-back attitude firmly knows that dining al fresco goes hand-in-hand with its sunny Mediterranean-influenced climate; that architecture is best contemplated through the striking coming together of historical heritage and avant-garde new designs; and that culture transcends age with its calendar of events often held at out-of-the-ordinary locations. Much on the summertime programme also highlights Graz’s well-respected culinary scene - if food is a way to everyone’s heart then it’s hard not to fall in love with this Styrian capital city. From restaurants helmed by internationally-recognised chefs, to local haunts, to enticing sidewalk cafes, to festivals celebrating all things gastronomic, this UNESCO-recognised destination, with its landmark Clock Tower overlooking the city, knows the recipe to the good-life and is happy to take all the time it needs to give visitors a taste.

The kind of mountains you well imagine in Austria ring the cool and chic city of Innsbruck which sits at the heart of the Tirol. As the host city of two Olympic Winter Games, this former imperial capital, once a favourite of Emperor Maximilian I, can definitely be lauded for giving summer the royal treatment as well. In fact, you couldn’t write a better summertime script if you tried – in the morning, explore this unique and appealing city influenced by not only by nature and a strong tradition, but also by its urban draws and sporting appeal which includes leisurely recreation as well as many organised events from trail running to mountain biking to urban obstacle courses (cool!) Then, in the afternoon, experience the futuristic vision of the late architect Zaha Hadid on the Hungerburg Funicular which transports visitors from the city center to the Nordkette mountain range in just minutes.  From here, easily connect to the mountain cable car system taking guests to its highest point of 2300m from where the 360-degree panoramic views showcase this stunning region dotted with holiday villages. Once back down on the ground, though perhaps with your head still a bit in the clouds from the beauty of all of it, end the day in atmospheric Innsbruck doing some shopping or taking a coffee break along the broad pedestrian ways of Maria Theresien Street, and don’t miss a visit to Innsbruck’s most famous sight – the Golden Roof, tucked away in the Old Town and a reminder of Innsbruck’s rich imperial history.

Three amazing cities - all worth a viewing this summer, so…do the sounds of Salzburg lure as a cultural A-lister? Will Graz tempt the palate and the soul with its laissez-faire attitude and sunny disposition? Or does Innsbruck reign supreme with its cool, alpine feel? You can always return for a sequel.