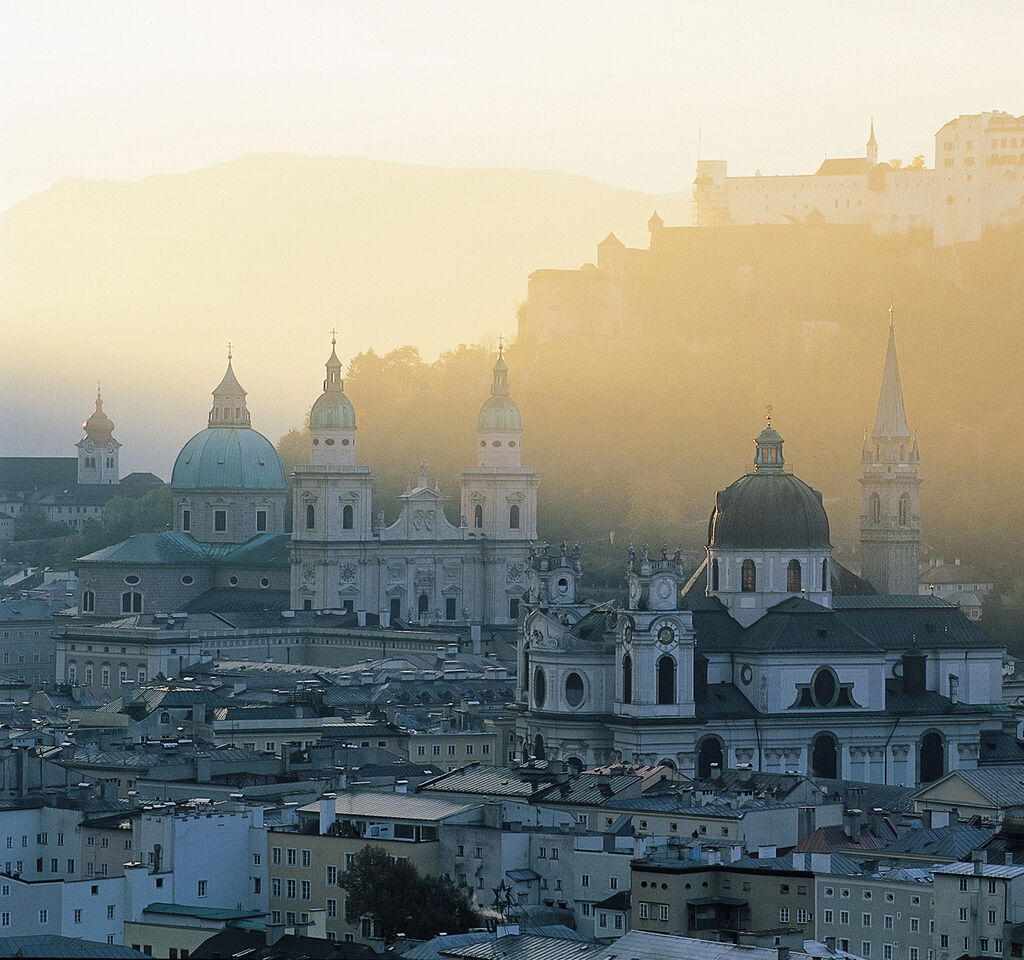 Salzburg in Autumn 2019: City of Sound

The sound of song doesn’t end with summer in Austria, as the close of the Salzburg Festival sees the beginning of a brand new season in the city. A jazz festival turns 20 this year, world-renowned orchestras perform on beautiful stages and a fresh musical breeze comes in the form of house and hip-hop dance battles.

20 Years of “Jazz & The City” in the Salzburg Historic District

“Jazz & The City” (October 16-20 2019) will celebrate its 20th anniversary this year, headed up by Artistic Director Tina Heine alongside Viennese Urbanist Oliver Hangl. In collaboration with Salzburg performers, they are primed to create audible experiences across the city including whisper tunnels, mobile concerts and musical promenades. This popular festival will invite 30,000 visitors to embark on an expedition through cafés and bars, Baroque churches and workspaces for a series of free concerts. International performers and local musicians will engage in a dialogue and meet for musical “Blind Dates”. The detailed program will be published in late summer. www.salzburgjazz.com

The Salzburg Cultural Society hosts the city’s largest autumnal festival: Salzburg Culture Days (October 9-20 2019). The program boasts much variety, from the “Best of Hollywood” concert - at which the Mozarteum Orchestra Salzburg presents famous film music, emceed by actor and German-Austrian TV legend Frank Hoffmann - to a partnership between the Camerata Salzburg and cult musician Willi Resetarits. Finishing touches to the program will be added by the Orchestre National Bordeaux Aquitaine under Conductor Paul Daniel, along with vocal ensembles and cathedral music. www.kulturvereinigung.com

Flavourama: Salzburg, the City of Hip-Hop

A thriving modern street-dance scene has emerged over recent years in the Baroque city of Salzburg. Hip-hop and house dancers have been showing off their skills for more than 10 years at the Flavourama battle (October 3-6 2019). With participants from 30 countries and more than 2,000 visitors, Flavourama is the third-biggest dance battle event in Europe. Spectators can also access and learn more about this style of dance with an extensive program of side events. A worthwhile event in a similar vein is Access to Dance (October 22-23 2019), at which one can watchperformances by students of the Salzburg Experimental Academy of Dance (SEAD). www.flavouramabattle.com; www.sead.at