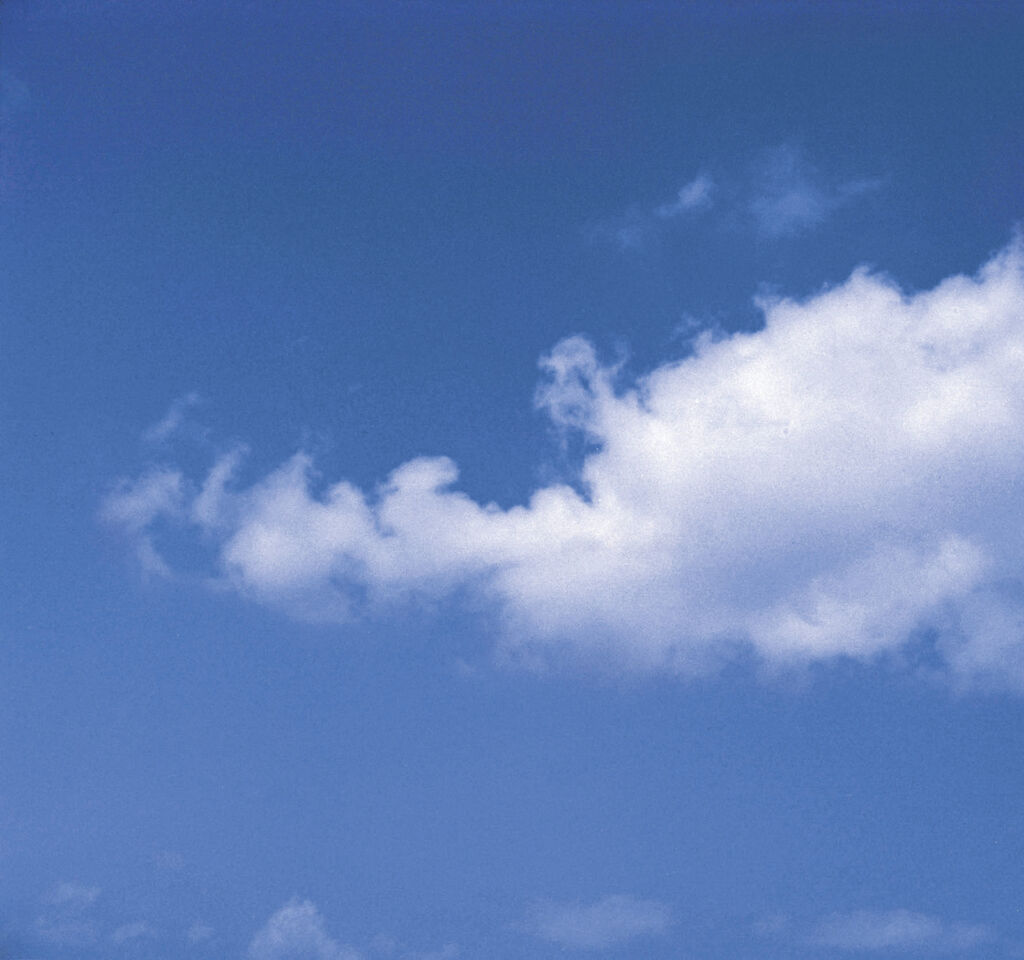 A Guide to Austria’s Provinces

The best activities, what to taste and fun facts - here is everything you need to know about Austria's nine provinces at a glance.

One of the world’s grand capitals, VIENNA was the seat of the Habsburg Empire for six centuries. Though it has been a United Nations city since 1957, cultures have converged here for untold generations. Vienna's legendary 1st District (Innere Stadt) is encircled by the Ringstrasse Boulevard and home to the lion’s share of must-see landmarks: St. Stephen's Cathedral, the Hofburg, Karlskirche, City Hall, Kärntnerstrasse, the Graben, Vienna State Opera, Museum of Fine Arts, the Albertina, and much more. Nearby highlights include the magnificent Belvedere and Schönbrunn Palaces, the trendy 2nd district, the MuseumsQuartier arts complex, and cutting-edge design in the 7th district. Known for its Ball season and Coffeehouse culture, Vienna is also a celebrated wine destination, with Heurigen (wine taverns) concentrated in Grinzing to the northwest. In recent years, new restaurants, bars and even beaches have made the Danube Canal a popular hangout.

BEST NEW THING: Goldenes Quartier—a shopping area in the heart of Vienna; new campus of the University of Economics and Business

BEST UNUSUAL MUSEUM: The Globe Museum at the National Library

WHAT TO DO: Spend a pleasant hour or two in a classic Kaffeehaus

WHAT NOT TO MISS: Christmas Markets

FUN FACT: Bragging rights for the "Original" Sacher-Torte—Sacher Hotel v Demel's—had to be resolved in court. The winner? (Clue: You can buy it online at www.sacher.com)

LOWER AUSTRIA is a region of fertile valleys and plains, ideal for those seeking a more authentic, rustic getaway. Along the Danube River Valley between Melk and Krems lies die Wachau, a picturesque wine region graced with formidable castles, abbeys, and medieval villages. Check out the walled town of Drosendorf and the beautiful Baroque abbey in Melk.

WHAT TO DO: Ride the Danube by paddleboat steamer

WHAT NOT TO MISS: Schloss Hof

BURGENLAND literally means "Land of Castles" and, centuries ago, this area protected nearby Vienna from marauding Turks. As one of Austria's best wine-producing regions, its Heurigen are especially worth visiting. Bird lovers flock to Lake Neusiedel and Seewinkel National Park hoping to spot storks among the rich diversity of water fowl. Two truly inspiring destinations are Esterházy Palace in Eisenstadt, long associated with Joseph Haydn, and the medieval town of Rust with its charming church dedicated to fishermen.

WHAT TO DO: Bike around Lake Neusiedl, wine-tavern break optional

WHAT NOT TO MISS: The "Road of Castles" (Schlösserstrasse)

WHAT TO TASTE: Blaufränkisch red wine

FUN FACT: A Heurigen is called a Buschenschank in some parts of Burgenland.

UPPER AUSTRIA is marked by rolling hills, rising from the plains of Lower Austria to the mountainous regions farther west. The capital, Linz, is a bit of an upstart that has experimented more freely than, say, Vienna or Salzburg, with technology and modern design a mere stone's throw from such historic treasures as the Abbey of St. Florian. Upper Austria is known for medieval towns like cobblestoned Steyr, the thermal baths and orchards of Bad Hall, the impressive limestone formations of Kalkalpen National Park, and the Bohemian melancholy of the Mühlviertel.

WHAT TO DO: Visit Enns, the oldest town in Austria

WHAT NOT TO MISS: The beauty of Lake Hallstatt

STYRIA is the great “green” heart of Austria with an Italian feel—particularly in the south where vineyards and rolling hills have earned it the moniker "Styrian Tuscany" (even though Styria actually borders Hungary and Slovenia). The north and west of the province run rugged with churning rivers and the Dachstein mountain’s impressive glaciers; to the east are thermal spas and all the castles you could ask for. Once a major Catholic pilgrimage center, Mariazell is now prized for its excellent bike trails. The charming university town of Graz is typically Austrian and boasts a thriving arts and culinary culture.

WHAT TO DO: Visit the stud farm in Piber, where Lippizaner horses are raised

WHAT NOT TO MISS: Riegersburg Castle

Picture Maria singing in an alpine pasture in The Sound of Music, and SALZBURGERLAND is all at once familiar. As the name suggests, rich salt mines are central to Salzburg's identity; they allowed it to remain an independent state for quite a long time. Salzburg, the capital, is the place for arts and cultural happenings, with a medieval center ideal for strolling. Head to the countryside for the bucolic charm of natural beauties like the lake resort Zell am See or the breathtaking gorge and waterfall at Liechtensteinklamm.

BEST OUTDOOR ACTIVITY: Hike up the Krimml Waterfalls, the highest in Europe

WHAT TO DO: Learn how to make Mozartkuglen (famous chocolates), St. Gilgen

WHAT NOT TO MISS: World of the Ice Giants (Eisriesenwelt), Werfen

The rugged beauty of CARINTHIA is shaped by hundreds of splendid lakes in a landscape of deep valleys and high peaks—most notably the Grossglockner, Austria's largest mountain. The nearby Pasterze Glacier can be reached by funicular railway. A wonderful summer destination, Carinthia’s charming villages host festivals complete with folk music and performers from nearby Italy and Slovenia. The walled villages of Friesach and Gmund are a treat, as is the impressive hilltop fortress in Hochosterwitz.

WHAT TO DO: Visit the Heinrich Harrer Museum about Tibet in Hüttenberg

WHAT NOT TO MISS: The Grossglockner High Alpine Road

WHAT TO TASTE: Carinthian cheese noodles

FUN FACT: At Minimundus, travel the world in a day as you stroll past 150 miniature models of the world’s most famous buildings.

TIROL exudes charm in its familiar chalets and such revered Alpine traditions as thigh-slapping, an honored form of dance here. Innsbruck and Kufstein are gems, where mountainside castles and medieval backstreets compete with the jaw-dropping Alps for attention. One of the great skiing centers of the world, Tirol boasts legendary ski resorts in Kitzbühel, Mayrhofen, and St. Anton.

WHAT TO DO: Ride the old-fashioned Zillerthalbahn locomotive

WHAT NOT TO MISS: A stop at the Aquadome, a futuristic thermal spa in Langenlois

FUN FACT: The 5,300-year-old "Iceman" Ötzi is named after the Ötztal in Tirol.

Independent-minded VORARLBERG conjures a scene of castles amid tranquil lakes and thundering rivers, densely wooded hills and wintry crags. Throughout the Bregenzerwald are villages studded with granite church spires and dairies. This region is famous for its cheese. And, increasingly, architecture. Nudging up against bucolic farmhouses are the Bauhaus offspring: modernist houses with pale wood, glass walls, and clean lines. Bregenz and its legendary stage on Lake Constance reflect a glorious blend of the old and the new.

BEST OUTDOOR ACTIVITY: Bike along the shores of Lake Constance from Bregenz to the island of Lindau in Germany.

WHAT TO DO: Take in the beautiful landscape along the Bregenzerwald Cheese Road

WHAT NOT TO MISS: A performance on the floating stage of the Bregenz Festival

WHAT TO TASTE: Käsknöpfle (Spaetzle)

FUN FACT: Vorarlberg has the largest Rolls-Royce museum in the world, in Dornbirn.