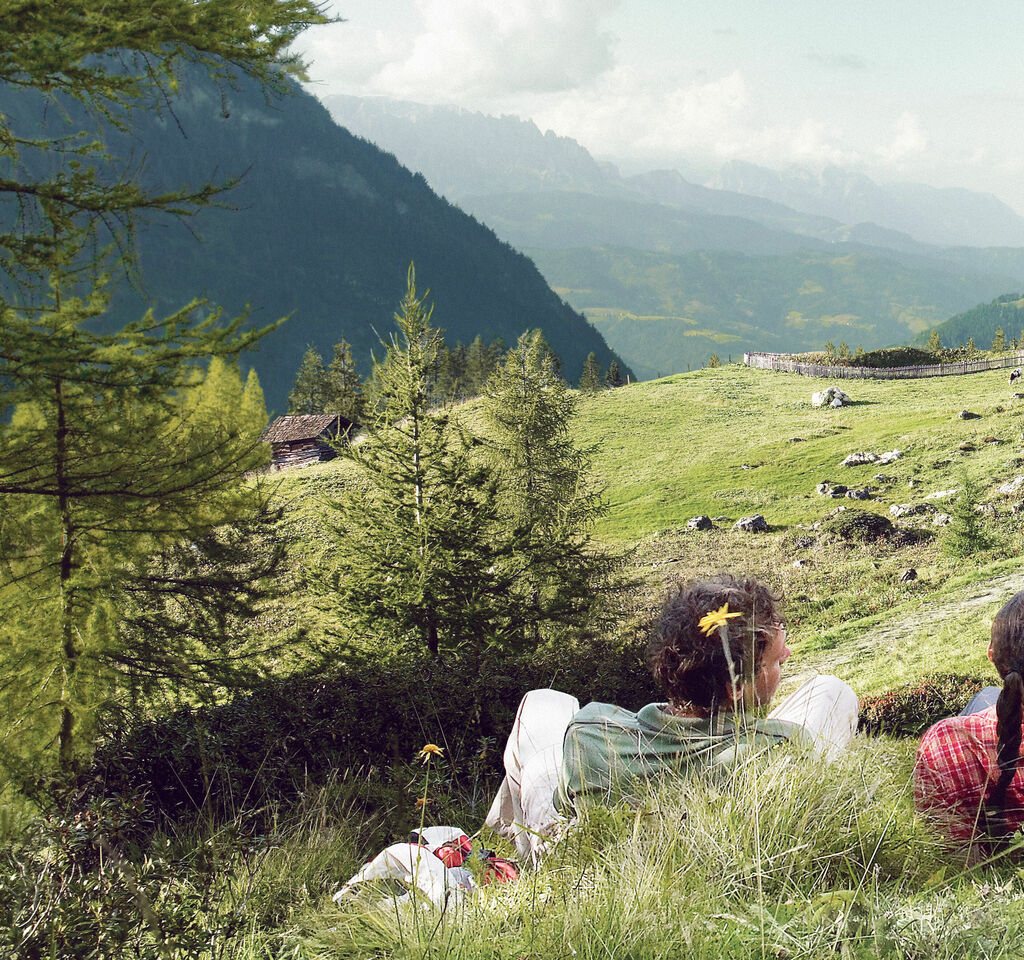 This summer, leave the staycation behind and create a holiday experience that really moves you – literally and figuratively.

In places where nature indulges us with its natural beauty we’d be amiss not to take full advantage of it, and it’s fair to say that Austria spoils visitors to the brim with its outdoor offerings that simply beg to be explored. Everyone can be active here – choose your recreational pastime and within minutes you’ll be on the move thanks to the proximity of nature throughout Austria’s holiday regions. While there’s little doubt that fresh air experiences refresh, invigorate, and often even create new perspective, so too can cultural interactions. Who hasn’t been moved by a piece of music, a work of art, or a sight so out of the ordinary it leaves a lasting impression? A visit to one of Austria’s inviting cities is the perfect complement to an active itinerary. Make your Austrian summer holiday what you want it to be – how will it move you? No end to the choices and the experience is just the beginning.

Austria’s Tirol province is one of the better known regions of the country amongst British holidaymakers who have long been drawn to its world-class winter ski offerings. What’s often overlooked, however, is the amazing transformation of this holiday region during the summer months. Once bedecked by snow, a far-reaching network of hiking and biking trails now make their statement through gorgeous green alpine scenery. Mountain huts shed their winter white in favour of blooming flower balconies and striking wooden builds, and the sound of après ski that once rang through the picturesque villages is replaced by nature singing the praise of this new season.

Pick your favourites from a recreational menu where there’s something for all ages and abilities. With the translated words ‘wild’ and ‘beautiful’ in its name, Wildschönau more than lives up to its calling. Rich in tradition, this resort region is ripe with alpine pastures dotted with local dairies looked over by peaks of 2000m. A sunrise hike here let’s you take it all in. Panoramic views are a common theme through many of Tirol’s stunning mountain landscape. Set your sights over four different countries from a summit in neighbouring Germany as you realise that in Tiroler Zugspitz Arena high attitude fun is tops. Plenty of family offerings here as well, with kids trails that make this mountain world accessible for the whole family. Another family-friendly region has even caught the attention of Britain’s favourite MI6 agent, and it’s no secret why – the Ötztal boasts 1600km of marked hiking trails, ten summer lifts, an adventure park, water sports, mountain biking and even ten geocaching loops. Surely not even Mr. Bond can manage all this! The adrenaline rush continues in the Zillertal, Austria’s only year-round ski resort with summer skiing on its Hintertux Glacier. A 1400km hiking network, 1200km of mountain bike routes and over 150 traditional huts are a part of the High Alps Nature Park of the Zillertal Alps, established

in 2001 to preserve the natural environment from altitudes of 1000m upwards. In the charming resort of Alpbachtal, it’s a preservation of history each year as Austria’s smallest town, Rattenberg, celebrates its medieval past with 3 days of events each year. Some 900km of hiking trails wind through this region, alongside over 450 traditional farmhouses. It’s no surprise that the village of Alpbach has been named Austria’s most beautiful village. A trio of gorges are a unique geological feature of this area as well. Is it time to catch your breath yet on your Austrian adventures?  In St. Anton am Arlberg, its annual mountain yoga festival combines yoga and mountains to connect body and nature in this sporty region of the Tirolean Alps. Often credited as the ‘cradle of alpine skiing’, this resort region is a dream for those looking for an active holiday with an abundance of recreational sporting pastimes combined with organised events such as a unique mountain triathlon, marathon, e-bike festival, cycling road races, mountain bike challenges, as well as an internationally-recognised network of via ferrates round out this ‘on the move’ region. Its cosy village centre by the same name offers the ideal holiday ‘home base’. If you’re looking for a bit of urban adventures on your Tirolean travels, look no further than its attractive capital city, Innsbruck. Living up to its nickname ‘Jewel of the Alps’, it soon becomes clear why Emperor Maximilian I made this UNESCO-recognised city the centre of his Hapsburg empire; in 2019, Innsbruck marks ‘the year of Maximilian’ on the 500th anniversary of his death. His significance and influence becomes clear as you stroll through the city’s historic Old Town streets while marveling at the surrounding towering mountainscape which is easily accessible with a direct connection from the city centre by a series of eye-catching lifts and cable cars. Innsbruck really is an alpine gem.

The Austrian city of Salzburg is well-known of course the world over, but few realise that it is the namesake capital of its province – Salzburgerland, an all-season region bursting at its alpine seams with outdoor activity and inspiring scenery. Just 55km from Salzburg lies St. Johann in Salzburg, a picturesque town which in summer comes alive with a variety of festivals and cultural events. Popular with families for its leisure/adventure park and surrounding hiking, its nearby resort of Alpendorf has even been acknowledged for having the ‘Best Austrian summer mountain lift’. Equally appealing to families is the majestic region of Hochkönig, awarded ‘Austria’s hiking seal of approval’ with 340km of trails for all abilities. On two wheels, choices also abound with 545km of mountain routes, including convenient recharging stations for those on e-bikes. Don’t miss Europe’s first forest slide park – fun for the whole family! Such standout attractions are dotted throughout Salzburgerland’s natural landscape. A real (bird’s) eye-opener is Europe’s highest tree-top trail in Saalbach-Hinterglemm. It’s hard to outnumber the sporty character of this holiday region – 400km of bike trails and a 400km network of marked hiking routes including adventure trails for families. A great tip is the JOKER Card, offering free access to all operating summer lifts, transportation on the hiking bus, and admission to a variety of places of interest. Bike enthusiasts have so much summer choice in Salzburgerland.

A longtime favourite, well-geared toward this adrenaline-inducing sport is Saalfelden Leogang with an incredible 720km of uphill and downhill mountain bike routes, a world-class bike park, and a large choice of bike-friendly hotels. If you can be pried off your bike, make sure it’s for another type of rush, this time suspended 140m above ground on a cable rope, going 130km/hr on Leogang’s Flying Fox XXL. To bring things back down to earth a bit, any travels through Austria’s Salzburgerland province should include a stop in the captivating lakeside town of Zell am See and the greater area of Zell am See-Kaprun. In the summer months, water activities are a real splash on the clear blues waters of Lake Zell, certified as drink water quality. In the evenings, the lake becomes the setting for a stellar show featuring music, lights and lasers. This ‘mountain-glacier-lake’ holiday region is also where, at 3000m, you can take in the views from the province’s highest panoramic platform. And, speaking of amazing perspectives – it doesn’t get much better than those from the Grossglockner High Alpine Road, a 48km stretch of views and more views, leading you to the highest point in Austria reachable by car at 2571m. Thirty-six hairpin bends while keeping your eye on this stunning high altitude scenery is a feat in itself.

Appreciating and interacting with its natural treasures is an inherent to Austria’s national psyche, and, throughout the country, its locals are all too happy to share it with visitors, passing on tips and also imparting tradition. However, certainly not to be overlooked in its summertime canvas of green are Austria’s engaging cities which entice equally with cultural sights and culinary delights well worth an active look. Salzburg puts its best baroque foot forward enthralling visitors will its musical history; Graz, the provincial capital of Styria, cooks up a hard-to-miss culinary scene amidst a laid back urban vibe; and the Linz, nestled alongside the Danube River, pleasantly surprises as a cool arts and technology centre drawing many notable cultural events and festivals throughout the year.

This summer, take a break outside your norm. Find out what inspires you, what rejuvenates you, what amazes you, and even what you’ve acquired a taste for. Make Austria yours and be moved.