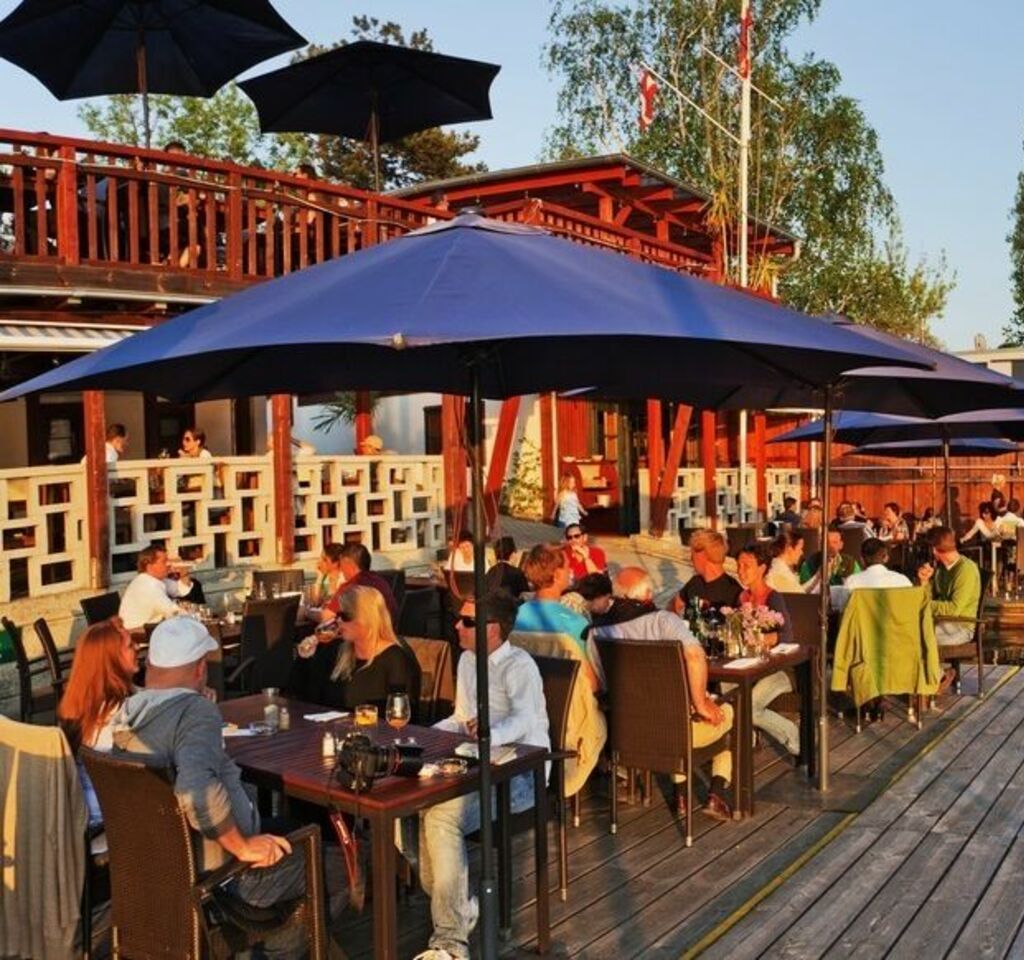 Heading to an Austrian city in the summer? Relax your body and mind in gardens, parks, at rivers and even on mountains.

As exciting as cultural excursions or shopping tours in Austria may be, they can also be quite exhausting. Thankfully, many cities offer easy access to nature to relax and unwind. The Pfänder, for example, a mountain with stunning views, and the shores of Lake Constance, are both ideal destinations for a peaceful break in Bregenz, Vorarlberg. Visitors to Innsbruck can ride the tram into the forest to witness Tirol’s idyllic natural surroundings. Surprising water features and city mountains with panoramic vistas provide a sense of refreshment in the city of Salzburg. Hikers and runners in Klagenfurt, Carinthia, appreciate the local recreation area on the Kreuzbergl mountain. Vienna scores high with innumerable parks and extensive green spaces. In Burgenland, the stately gardens of the Esterházy Palace in Eisenstadt exude princely flair.

INNSBRUCK: EXPERIENCE NATURE ON A TRAM RIDE INTO THE FOREST

A visit to Innsbruck in Tirol can easily be combined with side trips into nature, for example to Ambras Castle.

A short journey by bus or tram and visitors to Innsbruck will find themselves in the middle of nature or on one of the nearby mountains. For an unusual excursion, take the "Waldstraßenbahn" (forest tram). It runs along an 8 km long excursion route from the centrally located Wilten Abbey to the village of Igls, situated higher above Innsbruck. On the way, it’s worth making a stop at Ambras Castle, which houses a museum that takes you back to the days of knights and Tirol's rich history. A large, beautifully landscaped park stretches all around the castle. Other destinations along the route worth checking out include the Tantegert forest moorlands path, a Celtic tree circle, as well as Lake Lanser and the Lanser Moor with a water lily pond.

Opened in 1911, the Botanical Gardens near the city centre are a nice place to take a breather. Around 5,000 plant species from different habitats and climatic zones are grown here. Depending on the season, the scents of fragrant flowers fill the air, and a sea of different shades of colours meets the eye – a true feast for the senses.

MARVEL AT THE TRICK FOUNTAINS IN SALZBURG

Magical grottos, stone figures, ponds and fountains: Anyone visiting Hellbrunn Palace and its gardens should be prepared for some unexpected encounters. Prince Archbishop Markus Sittikus designed and built the pleasure palace and surrounding park landscape some 400 years ago to entertain his guests. The welcoming, playful spirit of those times is still very present today. Water squirts out from fountains and figures at regular intervals and sprays everything and everyone in sight, so get ready for some truly wet and fun-filled moments. The audio guide available on location tells visitors all about the trick fountains and how they work.

A popular destination a little further south but still within the Hellbrunn Palace park, is the extensive Salzburg Zoo at the foot of the wooded Hellbrunnerberg, one of the six city mountains. From the top, hikers enjoy a stunning view of the city and its surroundings as well as of the Salzach River, which flows through Salzburg. The Festungsberg, the Mönchsberg, the Kapuzinerberg, the Rainberg and the Gaisberg can also be reached quickly from the centre.

Close to the centre of Klagenfurt in Carinthia, the Kreuzbergl is a popular recreation area and destination for hikes and runs.

The Kreuzbergl, Klagenfurt's 517-m-high local mountain, is part of a mountain range situated to the north-west of the city. Only a short distance from the city centre, visitors cherish the forests, meadows, ponds and singing of the birds. Hikers make their rounds and runners their laps here all year round. The city hiking trail No. 11, for example, runs for 10 km from the Landhaushof over the Kreuzbergl to Lake Wörthersee. The Kreuzbergl mountain certainly has sites worth seeing. Thanks to its outdoor Stations of the Cross, the baroque twin towered Kreuzbergl Church is visible from afar. The observatory is the best place to take a closer look at the night sky.

Another beautiful area to spend time in is the Botanical Garden with its water landscape and meadows. It is located at the foot of the mountain, near the Kreuzbergl Church.

Vienna offers a great variety of parks, vineyards and forests for relaxing and picnicking.

Wherever visitors find themselves in Vienna, the nearest park is always close by. Around half the city is made up of green spaces. Even in the city centre along the tree-lined Ringstrasse, one park follows the other: the Stadtpark with its large pond and the golden Johann Strauss monument, the Burggarten in front of the Palmenhaus, the Volksgarten, where the fragrance of roughly 400 different varieties of roses lies in the air.

The baroque garden of Belvedere Palace with its small alpine garden is also centrally located. Residents and visitors alike appreciate the Augarten for its many lawns and shadow-giving trees. And the Prater, a vast recreational area with avenues, extensive lawns, quiet forest paths, bodies of water and different sports facilities, lies only three underground stations away from Stephansplatz.

A little further out and easily accessible by public transport, both Türkenschanzpark in the 18th district or the Kurpark Oberlaa in the south of the city are popular destinations for going on long walks. A stroll in Schönbrunn’s baroque palace park, where Empress Sisi used to take a leisurely jaunt, is an absolute must.

Walkers, runners and cyclists enjoy the 21-km-long Danube Island as they meander between meadows and riparian forests. A detour from the island to the Donaupark is another option. There, views from the Danube Tower stretch far across the city. And very nearby lies an old arm of the Danube, the Alte Donau, with lots of greenery and many lidos.

Hiking enthusiasts can be found exercising in the middle of nature in the outer-lying districts. Vineyards, forests and rolling hills characterise the landscape bordering the Wienerwald Biosphere Reserve in neighbouring Lower Austria.

In and around Bregenz in Vorarlberg countless places to relax and enjoy the moment await – all of them in sight of Lake Constance.

Whether smooth as glass or stormy and turbulent, Lake Constance is fascinating in any kind of weather and at any time of the year. After all, the lake is 63 km long, up to 14 km wide and 250 m deep. To take in all in, head to the top of the 1,064-metre-high Pfänder mountain. From Bregenz, it takes just a few minutes by cable car to reach the summit. The terrace at the mountain top station boasts panoramic views of the Austrian, German and Swiss shores of the lake. Return to Bregenz either by cable car or using one of the hiking trails.

Exploring the lakeshore on foot or by bicycle is spectacular, too. The tour starts at the harbour, from where boats leave for many destinations around the lake. Chestnut trees and green spaces line the shore near Bregenz. Numerous benches and “sunset steps” facing exactly in a westerly direction invite you to linger for a while. If you fancy a dip in the lake, head to the lido, a nostalgic bathing area called "Mili," which is actually a wooden construction built on stilts, or one of the freely accessible bathing spots.

REST IN YOUR FEET LIKE A PRINCES IN BURGENLAND

The romantic park in the Esterházy Palace in Eisenstadt, Burgenland invites you to take a stroll and spread out your picnic blanket.

The imposing baroque palace of the princely Esterházy family is situated in the middle of Eisenstadt. Open all year round, the vast 50-hectare Eisenstadt Palace Park stretches out behind the palace. Dating back to the 17th century, the landscaped gardens have been redesigned and extended several times over the years.

Tree-lined walkways lead to four ponds, flowerbeds, the romantic Leopoldine Temple, grottos and water cascades. The highest point of the park, easily recognisable by the obelisk, reveals a lovely view over Eisenstadt. On clear days you can even see as far as Lake Neusiedler See. If you want to take a rest or already have everything you need for a picnic with you, then settle down on the meadow or under a tree. During the summer, the cafeteria in the historic steam engine house is a nice place to stop for a bite to eat. In 1803, the first Watt steam engine of the Habsburg monarchy was accommodated there. It operated the sophisticated water circuit between the park's four ponds and the greenhouses in the Orangery. Around 70,000 plant species grew in the greenhouses during the 19th century, however, today, the bright rooms function as an event location.

As always, we are happy to assist you in planning your research trip. Please get in touch at pressuk@austria.info. 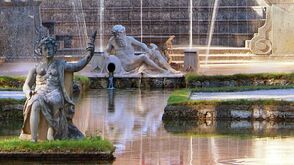 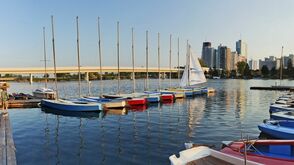 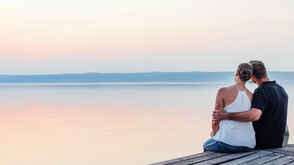 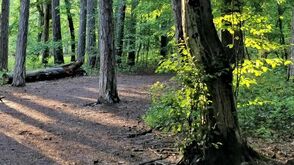 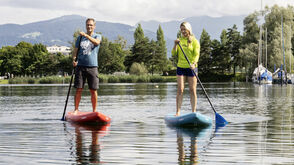 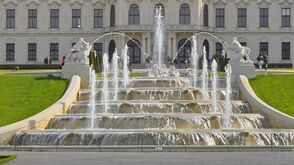 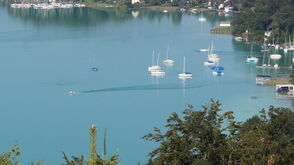