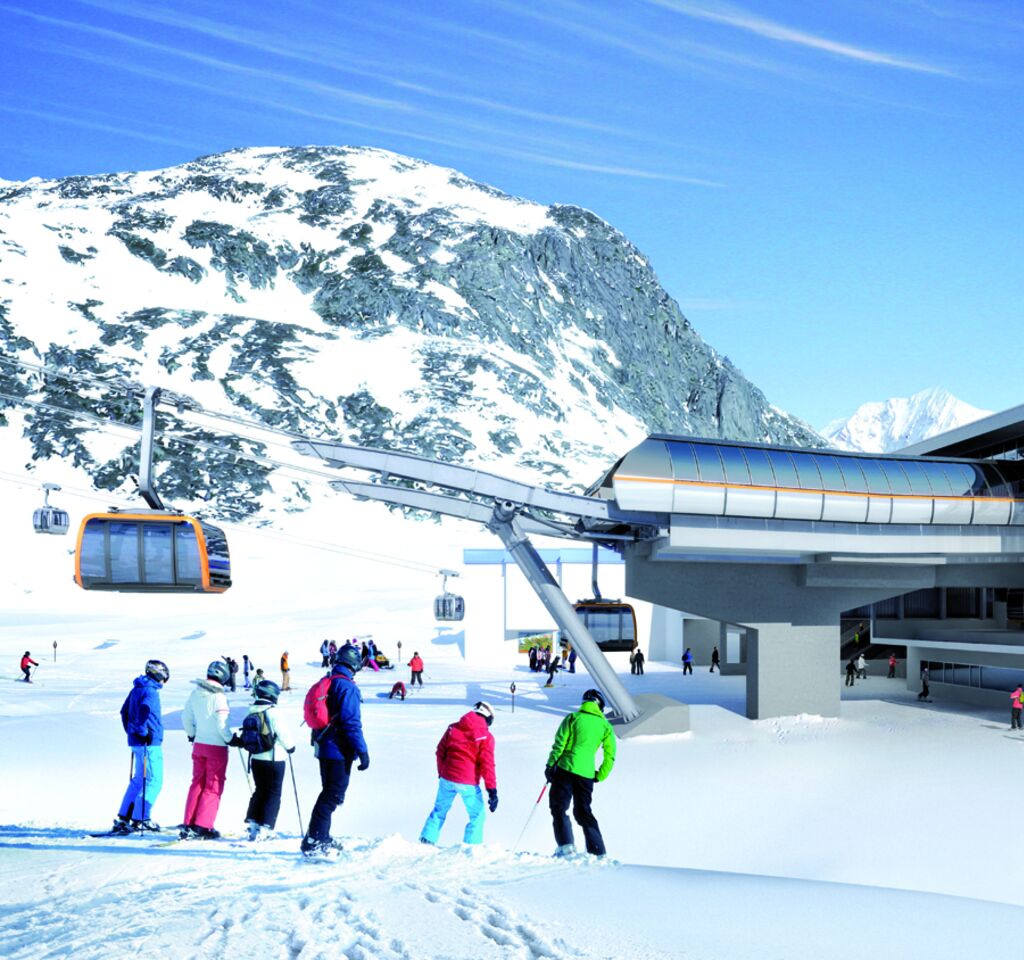 Austria's sophisticated ski infrastructure receives significant investment each year, continuously upgrading the choice for its winter guests. From higher, faster and bigger lifts to extended ski areas, here are some of the Winter 2016/17 highlights.

This winter season heralds the arrival of Austria's newest largest interconnected ski area in the Arlberg arena, thanks to the brand-new Flexenbahn lift. An investment of over €45m means that 305km of marked runs and 87 lift and cable car systems will extend from St. Anton in Tirol to Lech, Zürs, Warth and Schröcken in Vorarlberg. Away from the marked slopes, snow sport enthusiasts will also be treated to unbridled fun on 200km of backcountry terrain.

It's in with the new in the Ischgl skiing area of Tirol as well, thanks to the renovation of the Filmjochbahn chairlift. The new 8-seater offers heated seats in a weather-protected bubble and shares one of its 16 towers with another 8-seater, the Höllbodenbahn. This one-of-a-kind tower could, theoretically, support 6,900 skiers and boarders per hour. Then there is Sölden's powerful new Giggijoch Mountain Gondola, which will transport up to 4,500 people per hour; the highest capacity of any lift in the world!

In Zell am See-Kaprun the Schmitten ski area will be extended by the new zellamseeXpress. Linking Glemmtal with the Salersbachköpfl mountain, this comfortable 10-seater will run to the top station of the Salersbachköpfl at 1,920m, reopening access to popular downhill runs that were used between 1930 and 1980. More upgrades are planned in the area for the 2018/19 season, with a €25m project creating further slopes and an additional cable car connection from and into Glemmtal.

The new Schmiedingerbahn is to replace the Schmiedinger glacier lifts on the Kitzsteinhorn, becoming SalzburgerLand's highest situated chairlift at between 2,530m and 2,775m. The modern 8-seater will include heated seats and a weather-protected hub.

Vorarlberg's fastest cable car is to be unleashed in the Nova ski area of Silvretta Montafon. The 8-seater car will travel up the Gampapinger mountain to a height of 2,145m. Transporting 3,200 people per hour, it will cover 2km in just 6.5 minutes, making it the first cable car in Vorarlberg to travel up to speeds of 5.5m per second!

In the ski area of Burgstallalm near the Planai summit a new and highly modern 8-seater cable car is under construction. Powered by the environmentally friendly "Direct Drive" ropeways system, it uses less energy than conventional lifts and is practically noiseless.

The modern 10-seater Schönleitenbahn will replace an older model in Saalbach, carrying 3,200 people per hour up the mountain. The Rauris Valley will also receive a modern 10-seater gondola to cover the altitude distance of 563.50m between the valley and new mountain station, and a new 10-seater monocable detachable gondola - the Breitspitzbahn - will enhance the Galtür ski region. A true highlight of this season is the new 3S Eisgrat cable car, which will substantially increase the capacity and access to the Stubai Glacier. It is the longest tri-cable gondola in the Alps and the largest single lift investment made by any ski resort. The construction of the Salvenmoos 10-seater in Hochsöll is the largest single investment for the coming winter season in the SkiWelt Wilder Kaiser-Brixental, which will put more than €27m towards further modernizing the ski area.