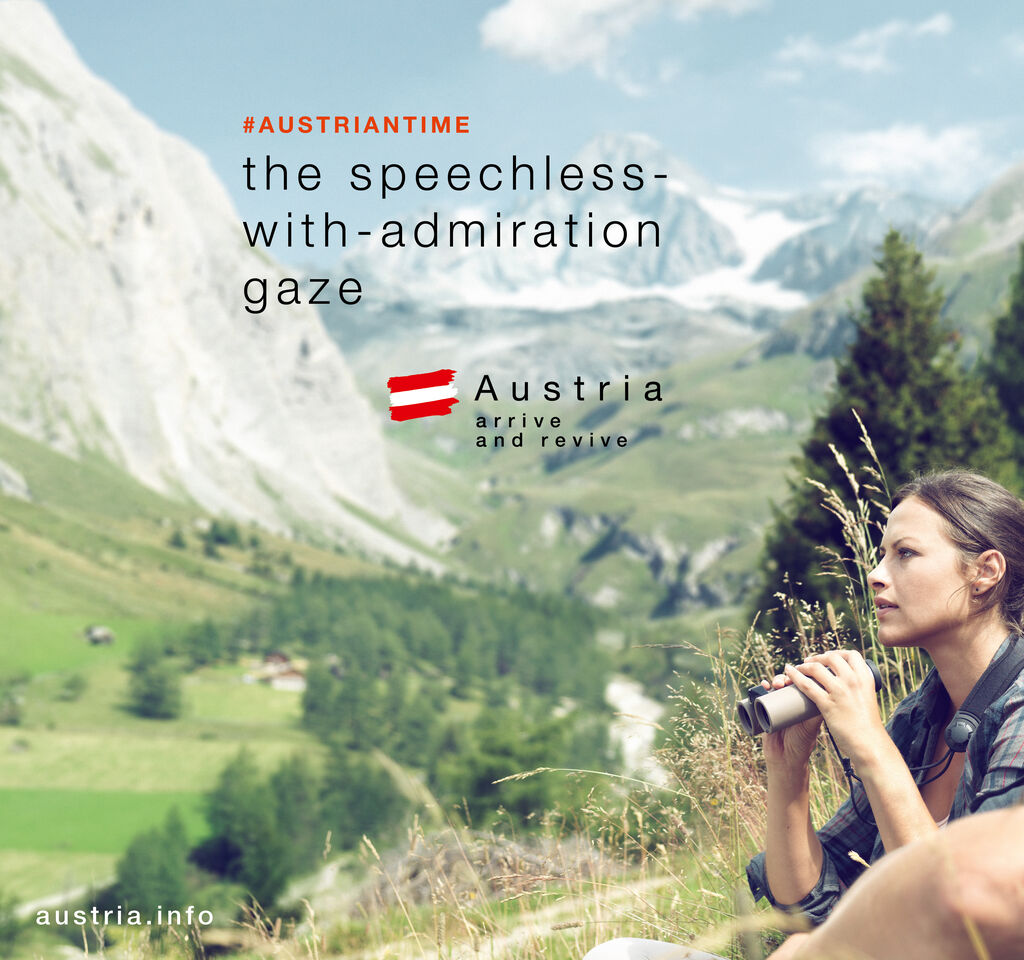 Austrian Tourist Office invites you to discover yourself in Austrian time

While the Austrian Tourist Office celebrated 2015 as a banner year for US travel to Austria (+12.3% made for 708.000 hotel arrivals), they were not resting on their laurels, however.

Statistics prove that Austria is one of the most sought after European destinations. The perfect combination of culture and nature is the primary appeal of Austria as a destination, the essence of what the Austrian Tourist Office has already been focusing on in its marketing efforts. In 2016 the Austrian Tourist Office puts an even stronger focus on the “Nature” aspect and entices potential travelers to take it slow and reconnect with themselves. The beginning of March saw the launch of a special marketing campaign titled #austriantime.

Nature has the power to transform. Gazing out at the majestic sweep of alpine peaks can take our breath away—and then inspire us to breathe more deeply. At a time when we post and tweet and overshare on social media, engaging with nature can restore us with moments of solitude. A simple day hike can lead us to live in such moments more fully, bringing us back to our senses and back to ourselves.

In Austria, nature beckons at every turn. The Alps cover more than 80% of the country and remain refreshingly pristine. Even Austrian lakes and rivers boast water clean enough to drink. From the High Alps to the Pannonian Plains, throughout six national parks and nearly 60 nature reserves and parks, an incredibly diverse landscape nurtures a wealth of indigenous plant- and wildlife.

The Wachau World Heritage Trail, for example, follows historic paths through one of the world’s most charming wine-growing regions, where steep, sun-drenched vineyards meet up with apricot orchards and stone terraces that overlook the scenic Danube Valley. En route, hikers step back in time through Renaissance towns and wine villages, castle ruins and centuries-old monasteries. UNESCO was so enchanted that, in 2000, it designated the nearly 112-mile route a World Heritage Trail.

The Bregenzerwald, on Austria’s western border, is a region known for artisanal goods and innovative design, nature weaves a vibrant tapestry through the cultural landscape. There is a beauty to rural Bregenzerwald, where artisans transform local raw materials—be it wood from the forests or milk from neighboring farms—into exceptional products for everyday use. These and many more cultural treasures can be explored along 12 walking routes that wind through thirteen villages. The routes vary from 1½ to 4 hours round-trip.

Austria’s largest national park, the Hohe Tauern National Park, and nature reserve boasts the majestic Grossglockner mountain, which towers at 12,461 feet over the Tauern range. Throughout the park, hikers of all levels can enjoy any of 30 different, well marked routes. Hohe Tauern is a national treasure, where centuries-old conservation efforts have preserved cultural sites dating back to the Middle Ages and ancient Roman times. On especially informative day treks, park rangers teach hikers about these sites and offer tips on how to identify rare alpine flowers and herbs, as well as where to spot wildlife like the shy marmot or mighty lammergeier (bearded vulture).

Michael Gigl, Director of the Austrian Tourist Office USA & Australia: “Respect for nature is deeply rooted in Austrian culture. Fun means hitting the slopes or taking a hike, and with more than 31,000 miles of alpine trails and countless rural paths, there is plenty to explore. Hikers can spend a morning on the trail and stop for a hearty lunch and a pilsner at an alpine hut before returning home. Even off the trail, Austria’s commitment to sustainable farming has made it a pioneer in the farm-to-table movement. A whopping 20% of all agricultural land is used for organic farming—making Austria number one in the world—and many resorts use ecologically responsible practices to protect Austria’s natural treasures. It all adds up to a destination that is the perfect combination of nature and culture.”